Your email address has been verified.


Join us on sample date
RIDE FOR AUTISM • MAKING A DIFFERENCE
Read the inspiring stories of how the Ride for Autism made a difference in someone's life. 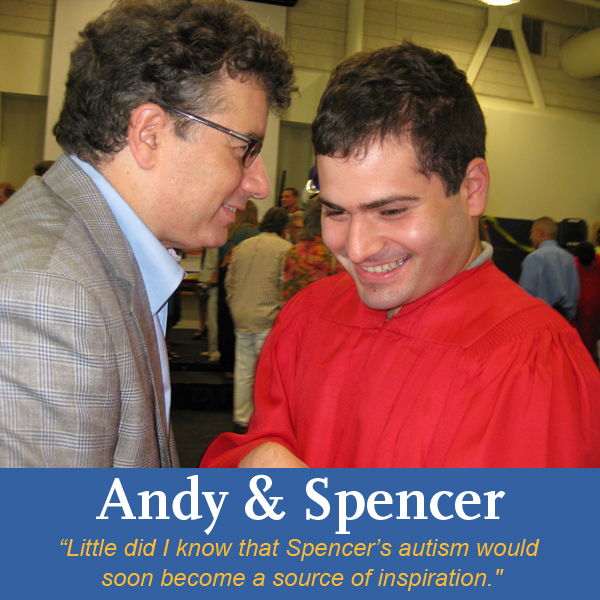 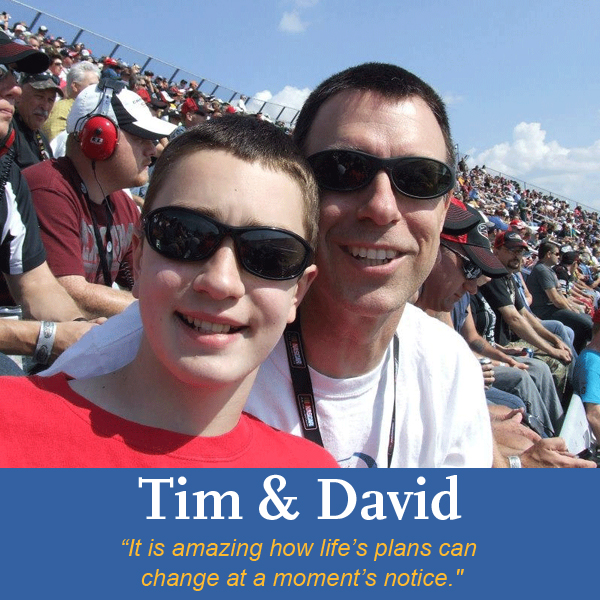 Who are you riding for?

Share your story with us and you could see your story here! Andy Abere -- Riding for Spencer

“Your son has a classic case of autism.  I’m sorry but there is nothing I can do for him.” Those may not have been the doctor’s exact words to Andy Abere, Ride for Autism founder, and his wife Lisa, but they were close.

Andy and Lisa’s son, Spencer, who is now 26, was diagnosed at 19 months. At three years old,  Andy explains that Spencer was non-verbal and there was no sign that he would ever gain language.  Andy says,  "Some of his behaviors were beginning to worsen, and new ones were beginning to emerge.  We did not give up hope seeking help for Spencer. We continued to visit other doctors.  We attended conferences to learn more about autism. We enrolled Spencer in various therapeutic programs. Every morning when his school bus pulled away from the house, we could hear the echo of the doctor saying ‘Spencer was a classic case.' Little did I know that Spencer’s autism would soon become a source of inspiration."

The first Ride for Autism was held on June 16, 2001.  Over 400 people registered to ride and they donated $24,000 to Autism New Jersey, then COSAC.  Andy states, “It warms my heart when I see all those cyclists and volunteers, knowing they could have done something else on a Saturday in June but they chose to come to the Ride.” Tim Hitzel -- Riding for David

It is amazing how life’s plans can change at a moment’s notice. Our first official hint that David may be at risk for autism, was at age 18 months, when his new pediatrician was concerned that David’s intellectual development was delayed. We were shocked and very defensive when the word “autism” was first mentioned.  Her next response was to contact an autism advocacy group called COSAC. Who knew that a small NJ-based autism organization, now known as Autism NJ (ANJ), would be so important to the future development of our son.  From the beginning ANJ was there for us, listening to our concerns and offering up evidence based information and suggestions.  ANJ’s parent support groups and its annual conference in Atlantic City are respected nationally, and both helped us from the beginning.

Now 18 years old, David’s interests are very diverse. With his passion for playing hockey, travelling to NASCAR races, riding his bicycle, and anything else transportation related, he has introduced us to many new adventures in life. We have no need for a GPS or to write down anybody’s birthday or telephone number, because David’s memory is second to none. What he enjoys more than anything is to make people laugh and smile. He loves spending time with his sister Megan, especially when we vacation down at the happiest place on earth, Disney World. When asked how happy she would be if they had a cure for autism, Megan quickly responded, “….but I love David the way he is”. Who can argue with that?

In 2001, after an inquiry with my new friends from ANJ about bike rides benefiting autism, I was introduced to the Ride for Autism. Having been a participant since the first Ride for Autism in 2001, I created the “David’s Training Wheels” bike team. That team name exists to this day, with David riding with me on one of the many different bike routes. After a few years of participating, I was asked to be part of the Ride for Autism, Inc. operations board. This annual bike ride is important to me because it has introduced me to other people in the autism community. I am able to share my experiences, while learning about theirs. I have had many friends and family members join me through the years, and the funds raised from this event will help support many of the services provided by ANJ.

• Cut the ribbon at the grand opening of the Princeton Costco, where he currently works as an assistant cashier
• Spoke at the recent “Dare to Dream Student Leadership Conference” at Rider University about turning his passion into employment at Costco
• Attended the Lawrence High School (LHS) senior prom
• Sat for graduation with all his friends/classmates from LHS.

Thanks for being an inspiration and reminding us why we Ride for Autism NJ!
$ raised of $50,000 goal
TOP SPONSORS

See our full listing of sponsors